The U.N. Security Council imposed an arms embargo on Libya on Feb. 26 along with travel bans and asset freezes for Libyan leader Muammar Gaddafi and members of his family and inner circle. [ID:nN26176835].

The following pictures were taken in and around rebel held Benghazi during the two week period prior to the start of military action by France and the UK on 19 March 2011. They are a pretty clear indication that, prior to the outbreak of hostilities, the rebels had access to some brand new weaponry of standard NATO issue. 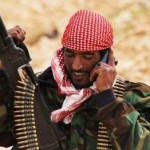 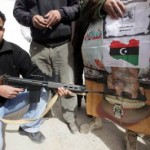 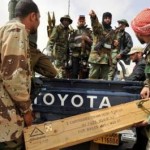 7 Responses to “Who is arming the Libyan Rebels?”

“Only the small secrets need to be protected. The big ones are kept secret by public incredulity.”
Marshall McCluhan