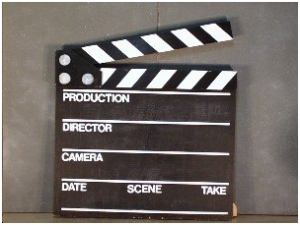 The media spent the first two days of Bin Laden’s Death hailing and saluting the greatness of the Obama presidency. Bit by bit the White House PR script writers fed them Tom Clancy inspired bylines, each new bit more glorified than the previous one. Hollywood must be working on movies as I’m typing this post. Do they have to get any specific rights for this particular manuscript? Or is it considered free for all public info? Anyhow, now we are entering Chapter Two, Set Two, or Stage Two. Time to shine the spotlight on the other players: CIA Special Forces and maybe a few private contractors collectively known as Secret Kidnapping Torturers. You see, according to ‘ANONYMOUS’ government and White House sources, we have those black sites, the torturers and the brutal torture tactics to thank for Bin Laden’s action and mystery filled death and disappearance (aka secret burial at sea).

Obama’s buddy, his unofficial press secretary and favorite fundraiser, and the new queen of the AOL PR machine, has just released the second chapter of the Clancy-like manuscript-Glory, Glory Hallelujah, the Black Site Torturers Keep Marching on[emphasis are mine]:

In a secret CIA prison in Eastern Europe years ago, al-Qaida’s No. 3 leader, Khalid Sheikh Mohammed, gave authorities the nicknames of several of bin Laden’s couriers, four former U.S. intelligence officials said. Those names were among thousands of leads the CIA was pursuing.

One man became a particular interest for the agency when another detainee, Abu Faraj al-Libi, told interrogators that when he was promoted to succeed Mohammed as al-Qaida’s operational leader he received the word through a courier. Only bin Laden would have given al-Libi that promotion, CIA officials believed.

The revelation that intelligence gleaned from the CIA’s so-called black sites helped kill bin Laden was seen as vindication for many intelligence officials who have been repeatedly investigated and criticized for their involvement in a program that involved the harshest interrogation methods in U.S. history.

“We got beat up for it, but those efforts led to this great day,” said Marty Martin, a retired CIA officer who for years led the hunt for bin Laden.

Mohammed did not reveal the names while being subjected to the simulated drowning technique known as waterboarding, former officials said. He identified them many months later under standard interrogation, they said, leaving it once again up for debate as to whether the harsh technique was a valuable tool or an unnecessarily violent tactic.

As for Huffington’s wonderful source citation, journalistic work, we have the following declaration which says it all:

Then in the middle of last year, the courier had a telephone conversation with someone who was being monitored by U.S. intelligence, according to an American official, who like others interviewed for this story spoke only on condition of anonymity to discuss the sensitive operation.

I am going to place one of my famous bets again. I bet you no one will ever go after these particular anonymous sources from our intelligence agencies. You see, they are disclosing what they are told to disclose, and it wouldn’t make the tiniest difference how classified or sensitive the intentionally leaked information is. When the government has a PR mission and a polished script to go with it, releasing all sorts of ‘classified or sensitive’ intelligence is kosher. But may God help those who release information classified to cover up government criminality such as NSA illegal wiretapping.

Please go and read this Clancy-Like novella chapter at Huffington Post. Pay special attention to anonymous sourcing and glorified kidnap-torture methods meant to program unknowing Americans: Torture, assassination, illegal operations are all good when the end justifies the means. Hail to President Bush for starting those programs, and hail to President Obama for continuing them!!