In the shadow of the “Bin Laden” media circus and increasingly aggressive rhetoric between Washington and Islamabad, the corporate-financier funded NGOs that fomented the “Arab Spring” are now cultivating a united Baluchi front ahead of a proposed US-funded Baluchistan insurrection. As early as 2006, the Carnegie Endowment for International Peace identified Pakistan’s Baluchistan province as a potential point of leverage against Islamabad and an opportunity to assert foreign intervention.

In a 2006 report by the corporate-financier funded think tank titled, “Pakistan: The Resurgence of Baluch Nationalism,” violence starting as early as 2004-2005 is described. According to the report, 20% of Pakistan’s mineral and energy resources reside in the sparsely populated province. On page 4 of the report, the prospect of using the Baluchi rebels against both Islamabad and Tehran is proposed. In Seymour Hersh’s 2008 article, “Preparing the Battlefield,” US support of Baluchi groups operating against Tehran is reported as already a reality. In Brookings Institution’s “Which Path to Persia?” the subject of arming and sending Baluchi insurgents against Tehran is also discussed at great depth. 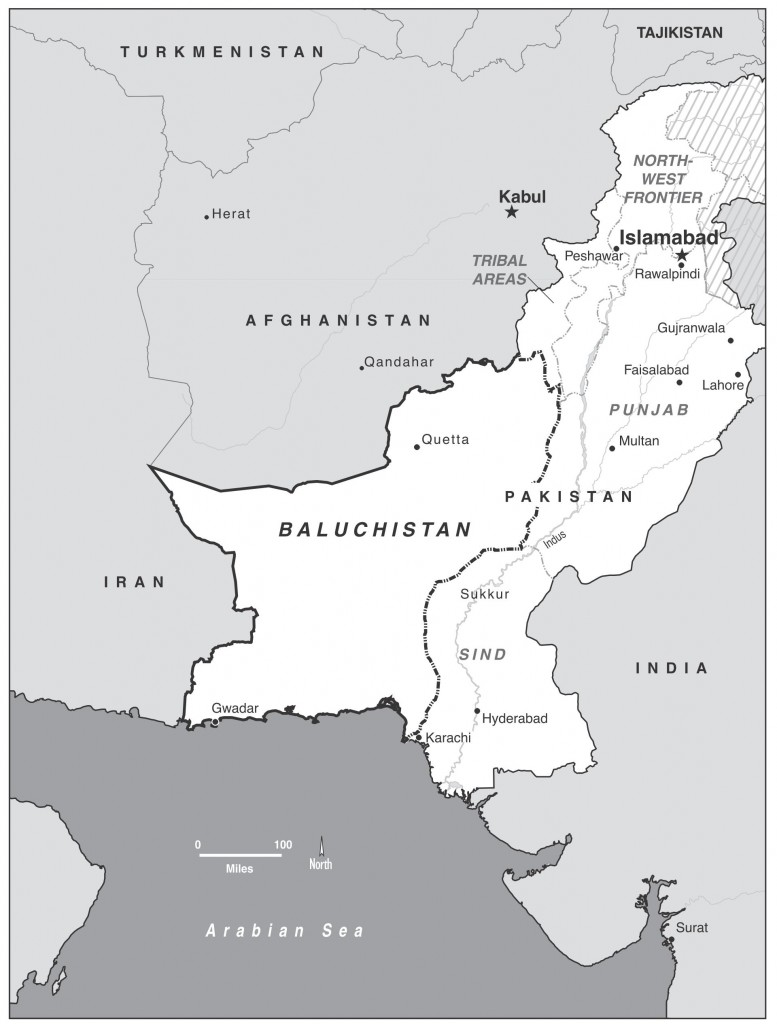 Pipelines, ports, and petroleum: destabilizing and carving off a “free Baluchistan” would hobble the development of 4 nations – Pakistan, Iran, India, and China. With Pakistan’s plans to use the Baluchi port of Gwadar to give Central Asian countries access to the sea facing a failure, it may disrupt their development as well. The globalists then get more time to implement their “international system” in the face of a weakened Asia.

The 2006 Carnegie Endowment for International Peace report makes special note of the fact that above all, the Baluchistan province serves as a transit zone for a potential Iranian-India-Turkmenistan natural gas pipeline as well as a port, Gwadar, that serves as a logistical hub for Afghanistan, Central Asia’s landlocked nations as well as a port for the Chinese. The report notes that the port was primarily constructed with Chinese capital and labor with the intention of it serving as a Chinese naval station “to protect Beijing’s oil supply from the Middle East and to counter the US presence in Central Asia.” This point in particular, regarding China, was described in extricating detail in the 2006 Strategic Studies Institute’s report “String of Pearls: Meeting the Challenge of China’s Rising Power across the Asian Littoral.” Throughout the report means to co-opt and contain China’s influence throughout the region are discussed.

The Carnegie Endowment report goes on to describe how the Baluchi rebels have fortuitously begun attacking the development of their province over concerns of “marginalization” and “dispossession.” In particular attacks were launched against the Pakistani military and Chinese facilities. The question of foreign intervention is brought up in this 2006 report, based on accusations by the Pakistani government that the rebels are armed with overly sophisticated weaponry. India, Iran, and the United States are accused as potential culprits.

The report concludes that virtually none of Pakistan’s neighbors would benefit from the insurgency and that the insurgency itself has no possibility of succeeding without “foreign support.” The conflict is described as a potential weapon that could be used against Pakistan and that it is “ultimately Islamabad that must decide whether Baluchistan will become its Achilles’ heel.” This somewhat cryptic conclusion, in the light of recent reports and developments can be deciphered as a veiled threat now being openly played.

Quite clearly when Islamabad accused foreign governments of fueling and arming the unrest in Baluchistan, they were absolutely correct. Seymour Hersh’s report lays to rest any illusions over whether or not America is arming Baluchi rebels. Brookings’ “Which Path to Persia?” report also openly calls for arming and sending Baluchi rebels out against Tehran. More recently, longtime proponent of a Baluchi insurgency, Selig Harrison of the Soros funded Center for International Policy, has published two pieces regarding the “liberation” of Baluchistan itself.

Harrison’s February 2011 piece, “Free Baluchistan,” calls to “aid the 6 million Baluch insurgents fighting for independence from Pakistan in the face of growing ISI repression.” He continues by explaining the various merits of such meddling by stating, “Pakistan has given China a base at Gwadar in the heart of Baluch territory. So an independent Baluchistan would serve U.S. strategic interests in addition to the immediate goal of countering Islamist forces.”

Harrison would follow up his frank call to carve up Pakistan by addressing the issue of Chinese-Pakistani relations in a March 2011 piece titled, “The Chinese Cozy Up to the Pakistanis.” He begins by stating, “China’s expanding reach is a natural and acceptable accompaniment of its growing power—but only up to a point. ” He then reiterates his call for extraterritorial meddling in Pakistan by saying, “to counter what China is doing in Pakistan, the United States should play hardball by supporting the movement for an independent Baluchistan along the Arabian Sea and working with Baluch insurgents to oust the Chinese from their budding naval base at Gwadar. Beijing wants its inroads into Gilgit and Baltistan to be the first step on its way to an Arabian Sea outlet at Gwadar.”

Harrison has made calls for the carving up of Pakistan for years. In 2009 he insisted that Pakistan should grant Baluchistan autonomy, citing a laundry list of technicalities that justified such a devolution of power. Quite clearly, Mr. Harrison has become more blunt as of late. And while endless papers and covert support for the Baluchi insurgency have been going on for years, more overt calls, echoing with equal, self-serving hollowness as those for Libya’s foreign-funded rebellion, are being made.

During the Carnegie Endowment for International Peace sponsored “Balochistan International Conference 2011” held in Washington D.C., calls were made for “international intervention.” Most of the Baluchi opposition leaders live in exile in the US, UK, and France, amongst the myriad of Libyans, Egyptians, Syrians, Thais, Chinese, Iranians, all working with foreign aid to subvert and overthrow the governments in their homelands. A presentation (shown below) gives us a verbatim rehash of the same antics that led up to a military attack on Libya, and similar rhetoric being used to set the ground work for intervention in Syria.

Change Baluchistan to Libya; change the Baluchi names to Libyan names and you can see the same US-funded propaganda that led to Western military operations in North Africa in the above video.

Selig Harrison is also a regular attendee at the “Balochistan International Conference” and frequently reiterates his calls for a “free Baluchistan.” With him is Washington lobbyist Andrew Eiva, a former special forces operator who took part in supporting the Mujaheddin in Afghanistan. He proposes a vision of a bright future where Baluchis will enjoy their gas and oil wealth one day in their own autonomous, free nation. Such encouragement from Harrison, whose Center for International Policy is funded by the Ford Foundation, George Soros’ Open Society Institute, and Rockefeller Family and Associates, or Eiva’s flights of petroleum-fueled fancy at a Carnegie Endowment function – funded by Exxon, Chevron, BP Corporations of North America, the GE Foundation, Shell International, as well as the globalist mainstays of Soros, Rockefeller, and the Smith Richardson Foundation – would be almost laughable if real people weren’t dying and Pakistan’s entire future being put at risk.

There is no question that a concerted effort is being made to build-up a Baluchi front with which to menace Pakistan. With the Chinese already present inside the province and their base at Gwadar completed, and as tensions between Washington and Islamabad escalate, this low intensity rebellion might just get the “foreign support” needed to carve itself off from Pakistan. This would interrupt Pakistan’s use of this resource rich, strategically located province, prevent Iran from sending a pipeline to India, as well as eject the Chinese from the region. For those wondering why America is attempting to escalate tensions in Pakistan over the “Bin Laden” hoax instead of using it as an excuse to leave the region, the Balkanization of Pakistan and the permanent disruption of Pakistan’s, Iran’s, and China’s development is your answer. It isn’t a matter of if, it is now only a matter of how big the insurrection can be grown.