“Staging” a “Humanitarian War” against “SOUTHLAND” – Under an Imaginary UN Security Council Resolution 3003
by Prof. Michel Chossudovsky of Global Research

Readers are invited to think and reflect on the logic of military planning. Military operations of this size and magnitude are never improvised. The war on Libya as well as the armed insurrection were planned months prior to the Arab protest movement…

We were led to believe that the protest movement in Egypt and Tunisia had spread to Libya. And that the insurrection in Libya was a spontaneous response to a wave of pro-democracy activism which had swept the Arab World…

THE WAR ON LIBYA WAS KNOWN AND DECIDED WELL IN ADVANCE,  UN SECURITY COUNCIL RESOLUTION 1973 HAD ALSO BEEN ENVISAGED PRIOR TO THE ONSET OF  THE “PRO-DEMOCRACY” INSURRECTION IN EASTERN LIBYA. …

On November 02 2010, France and the UK announced the conduct of war games under Operation “SOUTHERN MISTRAL2011″ against “AN IMAGINARY COUNTRY’ called “SOUTHLAND”, living under a “DICTATORSHIP”  which allegedly “was responsible for an attack against France’s national interests”.

The Franco-British (humanitarian) air operation against “SOUTHLAND” was to be carried out pursuant to an IMAGINARY “UNITED NATIONS SECURITY COUNCIL RESOLUTION NO: 3003″.

The war games were scheduled to start on March 21, 2011. They never took place… Below is an exact quote and colors from the Franco-British war games website which is hosted by France’s Air Force:

SOUTHLAND : Dictatorship responsible for an attack against France’s national interests.

Six Royal Air Force Tornado GR4s, one tanker Vickers VC-10 and one Boeing E3D will be deployed together with French Air force Mirage 2000Ds, 2000Ns and 2000Cs operating with a fleet of around thirty aircraft including helicopters, Boeing tankers and Awacs radar aircraft.

Air Raid Southern Storm will be commanded and controlled by the National Air Operations Centre (CNOA) of Lyon Mont-Verdun air base (BA 942).

An Air Operations Cell deployed at Nancy air base (BA 133) will follow in real time all the air missions and reproduce the air raids.

Simultaneously, Paratrooper Commando Air 20 (CPA20) will receive its British counterpart in Dijon: the RAF Regiment. Together they will train for air base protection missions on operational theatres in compliance with what is achieved today in Afghanistan.

Furthermore, RAF Regiment members will train in Captieux to helicopters’ air policing measures. These specific procedures are implemented on a daily basis by the Quick reaction Alert FAF air defence helicopters to intervene against “slow movers”. Welcome to Southern Mistral 11 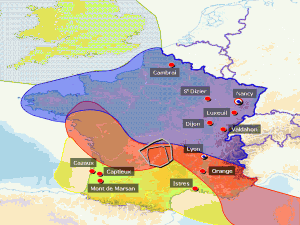 “An adapted scenario was developed for the exercise.

Based on Western geography, France mostly, an imaginary country was created: SOUTHLAND. An artificial border was drawn inside France to simulate this country.”

SOUTHLAND : Dictatorship responsible for an attack against France’s national interests.

UNITED-KINGDOM: Allied country as determined in the bilateral agreement. The United Kingdom supports France through the deployment of its air assets. 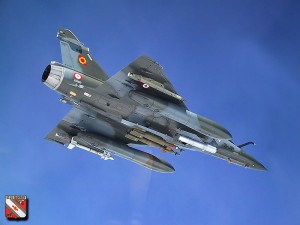 What can be said regarding these war games, the attacks on Libya and United Nations Security council resolutions 3003 and 1973?….

Readers are invited to think and reflect on the logic of military planning. Military operations of this size and magnitude are never improvised. The war on Libya as well as the armed insurrection were planned months prior to the Arab protest movement. In the words of  Rep. Denis Kucinich:

“While war games are not uncommon, the similarities between ‘Southern 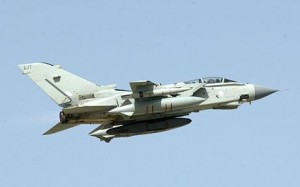 Mistral’ and ‘Operation Odyssey Dawn’ highlight just how many unanswered questions remain regarding our own military planning for Libya.The ‘Southern Mistral’ war games called for Great Britain-French air strikes against an unnamed dictator of a fictional country, “Southland.” The pretend attack was authorized by a pretend United Nations Security Council Resolution. The ‘Southern Mistral’ war games were set for March 21-25, 2011.

Scheduling a joint military exercise that ends up resembling real military action could be seen as remarkable planning by the French and British, but it also highlights questions  regarding the United States’ role in planning for the war. We don’t know how long the attack on Libya has been in preparation, but Congress must find out. We don’t know who the rebels really represent and how they became armed, but Congress must find out. (Denis Kucinich, Kucinich: President Had Time to Consult with International Community, Not Congress? | Congressman Dennis J. Kucinich, Press Release, March 29, 2011)

People like you are in what we call the reality-based community. You believe that solutions emerge from your judicious study of discernible reality. Thats not the way the world really works anymore. We are an empire now, and when we act we create our own reality.”
Karl Rove - Bush Svengali  -  Daily Kos