Mikel and Nina Malyshev’s family have been told by the UK Border Agency that they have been moved from Yarls Wood to an undisclosed location before deportation to Uzbekistan tomorrow. The UK government continues to refuse to acknowledge the terrible human rights situation in Uzbekistan in general, or the fate that awaits the Malyshevs in particular. No reply has to date been received to a fax to the European Court of Human Rights asking for a suspension.

Please take action – contact your MP, and contact William Hague and Teresa May. The UK government cannot be allowed to continue to pretend that it does not know about the human rights situation in Uzbekistan.

Please repost this and my appeal yesterday on any website on which you can.

Could someone kindly give Amnesty International a call and see if they will urgently contact the British government on this one? They have run cases recently against Uzbeks being deported back from the Ukraine and from Kazakhstan. I have to dash to a meeting on another asylum case.

Further involvement of the British state in the callous ruining of lives today. Mikel and Nina Malyshev have been taken to Yarlswood Detention Centre and will be deported to probable imprisonment and torture in Uzbekistan on Friday 21 October.

The Home Office continues to insist in asylum cases that there is no human rights problem in Uzbekistan. But no serious authority outside government doubts that Uzbekistan is one of the worst human rights abusers in the world. Unfortunately the lives of Mikel and Nina Malyshev are to be sacrificed to the British government’s agreement with the Karimov regime to provide transit for supplies to the British military in Afghanistan.

It is noticeable that, since the current British government came to power, no government minister or official, nor the British Ambassador to Uzbekistan, has made a single reference to Uzbekistan’s terrible human rights abuses, including over 10,000 political prisoners, absolutely no free media or assembly, banning of all opposition parties, millions of children used as forced slave labour and torture and extra-judicial killing on a massive scale.

In fact such is the British government’s enmity towards the people of Uzbekistan I am afraid that Mikel and Nina will be sacrificed without a thought. They have been living around Swansea for years as valued members of the local community. They have not claimed state benefits and have done much voluntary work. Nina’s daughter is today in labour, brought on early by her mother’s detention. The total number of Uzbek asylum seekers in the UK is in the low dozens, escaping the cruelest regime on earth. I understand and share indignation at fake asylum seekers, but we should be deeply ashamed at our vicious attitude to genuine cases like this.

Please send messages to your own MP, to William Hague and to Teresa May, via this website. You may help save a life.

You may also wish to send a message to their own MP, Hywell Francis, who yesterday refused to help, saying “Haven’t I done enough already?” Not just cruel but lazy with it.

Hillary Clinton starts an official visit to Karimov on Sunday to mark the resumption of US arms supplies to Uzbekistan, which were suspended after the massacre of 800 pro-democracy demonstrators in Andijan in 2005.

London family subject to brutal police raid speaks out By Paul Bond – WSWS 13 September 2011 The riots triggered by the police killing of Mark Duggan on August 4 have unleashed a wave of legal repression, including numerous raids by armed response units seeking to arrest alleged rioters. Among the innocent caught up in this trawl were Delroy Gardner and Leonie Reece, when their family home in Harlesden, northwest London was targeted. Leonie Reece and Delroy Gardner with 10-month-old Rio Gardner is a local community youth worker. Members of a church, they have tried, as Delroy put it, “to live a quiet decent life”, ……. [Full Post]

UK SECRETARY OF STATE FOR JUSTICE, KENNETH CLARKE, TO BE SUMMONED TO ROYAL COURTS The case for unlawful confinement of 85 year old war hero, Norman Scarth, was presented today, August 18th, 2011, by Chris Jarvis at the Royal Courts of Justice in London to Justice Wyn Williams. The presentation included a petition which had gathered some 930 names in just a few days, complete with angry comments by an outraged public. Norman Scarth attended by video link from Leeds, was in good mental health, as witnessed by all, and he also presented his case to the judge, in very respectful, knowledgeable, and intelligent terms. ……. [Full Post]

An open letter TO HIS ‘HONOUR’ JUDGE JONATHAN ROSE Martin Narey, Director General of the Prison Service, wrote of “HELL HOLE PRISONS”. HM Chief Inspector of Prisons, Sir David Ramsbottom spoke on the Frost programme of ‘BARBARIC PRISON GUARDS’. See his book PRISONGATE. A DEFINITION OF HELL: Solitary Confinement for 23 ½ hours a day, lying on my bunk staring at the bunk above only 12¨ above my head, unable to sit up in bed. (as doctor’s orders). Nothing to read, nothing to write on, no watch, no radio, nothing to do but stare at the rotten stinking TV pumping out brainwashing garbage. (“Live in ……. [Full Post] 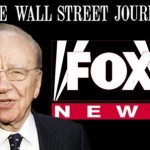 A Word Or Two on What Isn’t Being Said By Gordon Duff, Senior Editor, Veterans Today Today the British papers not owned by Rupert Murdoch “rumored” that he might be jailed.  Americans, even Brits, have little or no idea  what is at risk here.  There is simply no one who can report it when the individual who, not only controls the world’s largest news organization turns out to be, well, what? Who is Rupert Murdoch? What he is not is an Australian “right wing” billionaire.  Murdoch, though born in Australia is an Israeli citizen and Jewish.  Why is this important? Murdoch is now admitted to ……. [Full Post]

Britain’s Arrest of Sheikh Raed Salah By JONATHAN COOK He is an Islamic “preacher of hate” whose views reflect “virulent anti-Semitism” and who has funded Hamas terror operations, according to much of the British media. The furore last week over Sheikh Raed Salah, described by the Daily Mail newspaper as a “vile militant extremist”, goaded the British government into ordering his late-night arrest, pending a fast-track deportation. The raid on his hotel, from which he was taken handcuffed to a police cell, came shortly before he was due to address a meeting in the British parliament attended by several MPs. The outcry in Britain against ……. [Full Post]

“All men will see what you seem to be; only a few will know what you are, and those few will not dare to oppose the many who have the majesty of the state on their side to defend them”
Niccolo Machiavelli - The Prince