TO HIS ‘HONOUR’ JUDGE JONATHAN ROSE

A DEFINITION OF HELL:

Solitary Confinement for 23 ½ hours a day, lying on my bunk staring at the bunk above only 12¨ above my head, unable to sit up in bed. (as doctor’s orders). Nothing to read, nothing to write on, no watch, no radio, nothing to do but stare at the rotten stinking TV pumping out brainwashing garbage. (“Live in luxury with colour TV” says the so-called “News Media”) That IS Hell!!

Bad enough for anyone but for WW2 ‘Hero’ (as others have called me) who has worked honestly & hard for 70 years it is TORMENT!

The previous HMCIP Judge Sir Steven TUMIN told of people being sent to prison “BY SOME SLIMY JUDGE OR MAGISTRATE” (He “DIED SUDDENLY”).

MY CRIME? I had on me a ‘RECORDING DEVICE’ (as do ALL those with a mobile phone, ALL of which have a recording device. But I dared to switch mine on before asking permission of the judge. Why did I do so? It is my belief that there are many rotten apples in the judiciary, and for the last 15 years it has been my mission in life to expose them. It has been THEIR mission to silence me – by ANY MEANS, including potentially lethal terror attacks (as on 8th August 1999 & 20 July 2000).

As part of my mission I stood for Parliament & published the book ‘Cause for Concern’ in 1997. However, I was still regarded as a noisy old buffoon, a Parliamentary no-hoper. This changed after my single-handed success in the ECtHR brought a vital change in British law incorporated into the 1998 Human Rights Act. The change is much hated (by) lawyers & judges – AND I AM HATED FOR IT. Just 17 DAYS after the ECtHR decision came an attack on 8th Aug 1999. It was intended to silence me by fear, a heart attack or stroke the hoped for outcome. Few men of my age (73 then) would not have one or the other. However, I survived, so 11 months later there was a second attack during which I was given a brutal kicking that put me in hospital. To cover up these crimes there was a malicious prosecution for a NON-EXISTENT ‘crime’. Where others would have been given Probation, Community Service or Suspended Sentence, I was given TEN YEARS! – the intention being that I
would die in prison. The horror became worse but I skip that for now. Sufficient to say that I did not succumb to the torment & torture, but survived long enough to have ‘PAID MY DEBT TO

SOCIETY’(?). AFTER 7 YEARS, I WAS RELEASED. However, I have continued my mission to expose the rotten apples in the judiciary & am STILL under attack because of it – physical & financial!

THIS IS WHAT DRIVES PEOPLE TO TAKE THEIR OWN LIVES. IT IS A VILE FORM OF MURDER.

I INTENDED to ask Jonathan Rose for permission to use my recorder but did not get the opportunity to do so. Why DID I switch it on? I suspected there might be skulduggery during that case.

We are told that only those doing wrong need fear CCTV cameras. Why then are judges so TERRIFIED of being recorded. There is much more to this story, but the fact is that anybody in (the) land can commit ANY crime against me with impunity, but if I blink an eye I will be stamped on with savagery. So far the stamping has not been as that on Andy McCardle.

No addresses or telephone numbers of friends or barrister. THE VITAL DOCUMENTS TO BE POSTED TO APPEAL COURT HAVE DISAPPEARED. THIS IS MENTAL TORTURE.

PS. It has ‘only’ been 72 hours so far, but at 85 every single day is precious to me, especially for the VITAL work I have to do to prevent Britain becoming even more of a POLICE STATE than it is now.

The present excitement about the Olympics is reminiscent of Berlin in 1936. To keep the people distracted from the horror behind the scenes.

“The Opium of the Masses” said Karl Marx. He said it about Religion, now it is SPORT

Monday 1st August 2011. Tomorrow I SHOULD be keeping an appointment at BRI (Hospital) but they refuse to take me.

Stamps sent in for me have been sent back to the sender. A blank card with a stamp affixed has been given to me, but the stamp has been torn off. That is THIEVERY!

Please adopt the slogan ‘HELP for Heroes’. Get on to that organisation & DEMAND they do something dramatic NOW! If they do not then they must hang their heads in shame forever more. 6 months at 85 is equal to 15 YEARS for a younger man.

Visiting Order enclosed. It says “CONCERNED OR WORRIED ABOUT A FRIEND AT HMP LEEDS? Ring 0113 203 2972.” Please ask the WHOLE WORLD to do so.

Please copy the Complaint Form & send it to the prison. My hands are in cramp and I CANNOT write everything out again even if I can get the paper.

This is a death camp. They drive people to take their own lives, then they call it ‘SUICIDE’.

Please be quick. I think they will send me to a prison far away suffering the TORTURE of prison vans. With no flesh on my buttocks & very low seats my thighs make no contact, all the weight on my seat bones.

I have already put in a Complaint at the seizing of the envelope with the bundle of documents which were to be posted to the Court of Appeal. That is Obstructing / Perverting the Course of Justice – a crime subject to LIFE IMPRISONMENT.

“JUDGE” Jonathan Rose was acting in GROSS breach of his own Judicial Oath & that of the Queen (in whose name he purports to act) who swore before ALMIGHTY GOD to Deliver JUSTICE with MERCY. He was thus MASQUERADING as a judge and ‘Obtaining money (his salary) by false pretences.

I am forced to sleep in my clothes as I am very cold (a symptom of shock?).

I do suffer from agonising cramp & have been prescribed tablets for it, but am denied them here.

See the ‘United Kingdom Standard Minimum Treatment for Prisoners 1984(?). Demand that the prison doctor reads them.

I can post without a stamp, but it goes 2nd Class ONLY TO BE TOLD THAT TODAY MON 1st AUG!! But I can only remember a few addresses anyway.

Get on to Patrick Cullinane & remind him (of) our conversation at Harrow.

NEIL CRAIG at Royal Hotel, Low Moor might be best man to get on to ‘HELP FOR HEROES’. Demand that they do something for THIS Hero.

Can you please send me a copy of the report in the Telegraph & Argus.

By London Banker The latest twists and turns in the Greek bailout fiasco have combined with a disturbing insight into FSA attitudes here in the UK to make me concerned that the system may now be distorted beyond peaceful reform. In fact, the danger of harmful destabilisation may be much worse because supervisor actions reinforce poor outcomes. I am told that the primary objective of the ECB in Greece and the FSA in the UK is the same: Protect the bondholders. Perhaps I am naive, but I did not realise that the FSA saw this as its primary mission until someone at the FSA bluntly ……. [Full Post] 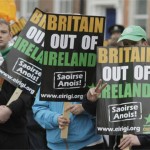 This post originated as a comment on an article about the Queen’s State visit to Ireland on Kev Boyle’s blog – “No one to vote for“.  The comment was a bit long  (for a comment) and is suitable as a  separate article here on the WikiSpooks blog – so here it is: The complexities of hidden, Deep State, Irish  politics are  labyrinthine.  The following is a brief  reflections on the meaning of that State visit in its historical context. The British Deep State never really lost control of Ireland. The ‘Free State’ was indeed won – but at a terrible cost of division and vicious ……. [Full Post] 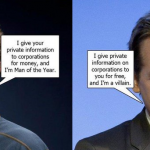 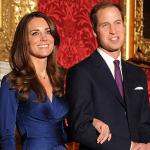 “Out beyond ideas of right thinking and wrong thinking, there is a field, I’ll meet you there.” Rumi (1207-1273.) The Survivable, the Bad and the Over the Top The wedding of the heir to the British throne, Prince William Arthur Philip Louis of Wales, to his lady friend of eight years Catherine Elizabeth Middleton (“Kate”) promises to be a modest affair, in these austere times, with nineteen hundred guests, a near unprecedented police presence, possibly a thousand members of the armed forces lining the route the couple will take to the ceremony, in the nine hundred years old, Westminster Abbey, on 29th April. Beneath streets ……. [Full Post]

“All men will see what you seem to be; only a few will know what you are, and those few will not dare to oppose the many who have the majesty of the state on their side to defend them”
Niccolo Machiavelli - The Prince