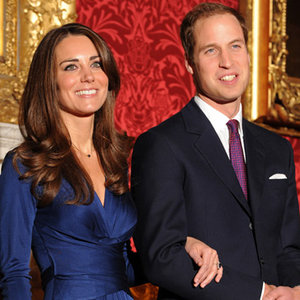 The Survivable, the Bad and the Over the Top

The wedding of the heir to the British throne, Prince William Arthur Philip Louis of Wales, to his lady friend of eight years Catherine Elizabeth Middleton (“Kate”) promises to be a modest affair, in these austere times, with nineteen hundred guests, a near unprecedented police presence, possibly a thousand members of the armed forces lining the route the couple will take to the ceremony, in the nine hundred years old, Westminster Abbey, on 29th April.

Beneath streets decked with the Union flag (more frequently burned across the world for a couple of decades, than joyously hung) police are carrying out fingertip searches for explosive devices, lifting drain covers, then lying flat with their heads in the drains, to check. A thankless task. Buttons are removed from pedestrian crossings to check nothing is hidden in the wiring box, street furniture taken apart, monuments and statues scrutinized – and an estimated twenty million £s of taxpayers’ money being burned up. Seventy to eighty “close protection teams” will be be on hand for heads of state (50) and VIPs at Friday’s festivities, cost, so far, unknown.

It’s a far cry from the remote isle of Anglesey in Wales (also known as “RAF Valley”) where Prince William has been based as a search and rescue pilot. Seemingly the couple have been sharing a rural home there and, according to a bar employee of the White Eagle at Rhoscolyn, quoted in the Daily Mail: “They’re just like any other young couple in love — until you realize they’ve got armed bodyguards on the next table.” Quite.

The White Eagle at Rhoscolyn

Perhaps his choice of a search and rescue career, was as an antidote to his younger brother Harry’s public relations disasters, from going to a party in a Nazi uniform; calling in air strikes from a bunker in Afghanistan, to blow villagers to bits, wearing an emblem for the media there reading: “We do bad things to bad people” – and seemingly appropriating the motorcycle of a local, probably his cherished, only lifeline, in the remote region. There was also a bit of a storm when he referred, on video to an army colleague as “Our little Paki friend” and another as looking like “a raghead”, according to the News of the World, who obtained the footage.

Prince William. by the way: “usually drinks bitter, perhaps a pint or two, and Kate sticks to white wine and sparkling water. He seems to enjoy our homemade burgers and chips. Kate prefers fish and salads,” the worker said.

Public relations seem to be somewhat strained by the wedding too. Apart from eye watering expense, declaring a three day holiday, licenses for street parties and celebrations as the country is involved in chastising others on human rights, and its armed forces, in which the two Princes are enlisted, are dropping missiles on Libya’s small six million population, while the Defense Minister, Liam Fox, as The Guardian (27th April) elegantly puts it: ” … in recent days has been edging towards declaring Gaddafi a legitimate target.” Assassinating Colonel Quaddaffi, is for most, unacceptable, and shocking. As Rick Rozoff poignantly wrote: “NATO aircraft had flown a total of 3,725 sorties and 1,550 strike sorties since the Western military bloc took command of the war against Libya … ” he added: “On Easter Sunday, when almost a third of humanity celebrated the resurrection of the Prince of Peace, NATO acknowledged bombing government targets in and near the cities of Misrata, Sirte, Mizdah and Zintan. Hours later NATO warplanes bombed the residence of Muammar Gaddafi, wounding 45 people, 15 seriously.”(i)

Also causing some problems is the guest list, which the Foreign and Commonwealth Office has helped to co-ordinate.

On 17th., February in Manama, capitol of Bahrain, three people were killed and hundreds injured, as security forces dispersed anti-government protesters. Britain’s Foreign Secretary, William Hague urged “peaceful action” and advised against travel there. Crown Prince Salman bin Hamad Al Khalifa was never-the-less invited to the wedding, in invitations that went out the following day. Bahrain, of course, is the base of the US., Fifth Fleet. Whilst the Crown Prince has now declined the invitation, reported as saying, with some grace, he did not wish to “tarnish” the occasion (ii) there are others who arguably might.

Sheikh Ahmed Hmoud Al-Sabah of Kuwait, a non-Nato US., ally country, is host to many US., bases, with a less than shining human rights record, according to the US., State Department’s country by country Report on Human Rights. (iii) Also mentioned less than glowingly in the same Report are Saudi Arabia which amputates hands and feet as punishment, flogs and beheads, and Qatar, about which Amnesty, USA., comments: “Despite the progress made by the government of Qatar, allegations of torture and other forms of cruel, inhuman and degrading treatment or punishment continue to be reported, albeit sporadically, and there are not adequate systems in place, in practice, to ensure prompt, independent investigation of allegations of torture or ill-treatment and adequate remedy or redress for victims.” Saudi is represented by Prince Mohammed bin Nawaf bin Abdulaziz and Princess Fadwa bint Khalid bin Abdullah bin Abdulrahman, Qatar by the Emir of the State of Qatar and Sheika Mozah bint Basser Al Missned.

King Mswati 111 of Swaziland (iv) arrived at London’s Dorchester Hotel (suites to £3,000 a night) on Wednesday with a retinue of fifty. Africa’s last absolute monarch has fourteen wives.

He’s cut down on marital bliss, his father had seventy wives, 210 children and at his death in 1982, one thousand grandchildren. “The extent of poverty (in Swaziland) especially in the rural areas, cannot be overemphasised. This has seriously affected people’s ability to access basic necessities such as health care and education … About 800,000 Swazis out of 1.2 million – or 69 percent of the population, survive on about US $21 a month, less than 70 US cents a day, enough only to buy a loaf of bread ..” (v) Just one of the King’s fleet of cars reportedly cost $500,000.

This “Son of Africa” made it to the guest list, another described as one, by Colonel Quaddaffi, President Obama, did not.

Other notable omissions on a list in which “the majority” were drawn from the couple’s family and friends, were former British Prime Ministers, Tony Blair and Gordon Brown.

It is all together a strange mix, self obsessed footballer, David Beckham, who appeared in a centre spread covered in oil and his grimly unsmiling wife have made it.

Sarah Ferguson, hearty former wife of Prince William’s uncle, Andrew has not. Her daughters have – and seem to have been on a lettuce leaf diet for the occasion, their generous proportions having become near wraith. There are widows of soldiers from the Afghanistan and Iraq invasions, veterans themselves “celebrities”, more sports stars and the Prince’s fitness instructor.

According to the Daily Mail, Socialite, Tara Palmer Tomkinson (39) is worried about her nose. She partied so long and hard on an allegedly £400 a day cocaine habit, that in 2006 her nose collapsed, reportedly rebuilt. Now it has succombed again and she has been desperate to get it re-fixed in time for the great day. (vi)

Irish rugby Captain Brian O’Driscoll declined an invitation, he had something better to do. His team (Leinster) were preparing for a game against Toulouse.

The souvenir makers and vendors are having a field day. The faces of the two are on 3.5 million mugs, plus plates, key rings, bottle openers, tea towels, cricket caps, t-shirts, refrigerators – and “Kiss me Kate” beer cans.

For pet lovers there are coats to wear on the Great Day and a “royal” cat food. Many are made in China. Lynda Leith makes sick bags decorated with a drawing of the royal couple: “For people who like and dislike the wedding …”

Tastelessness takes the ultimate plunge, with “Crown Jewels, Condoms of Distinction”, who market their products thus:

“Combining the strength of a Prince with the yielding sensitivity of a Princess-to-be, Crown Jewels promises a royal union of pleasure. Truly a King among condoms.” They are: “Presented in in a timeless heirloom collectors box.” The sick bags seem suddenly less of a bad idea.

Taste aside, perhaps one of the saddest aspects is the website of Muslims Against Crusades (vii) who have been denied permission by the police, to demonstrate at any area of the wedding venue. To view their website, is to see how Britain is perhaps viewed, despairingly, by those who seek peace – of all faiths, or none.

Ironically, in the early eighties, the three year old Kate Middleton, went to her first school in Amman, Jordan, where her father was Station Manager for British Airways. She was was taught in, and learned Arabic, in what seems to have been a happy time for the family. There is speculation that part of their honeymoon might be spent there. Should it be, there might be the beginning of a hand across an increasingly wide divide between West and East. A “Search and Rescue” of a different Kind? Hoping, but no breath holding.

“I do not understand this sqeamishness about the use of gas. I am strongly in favour of using poison gas against uncivilised tribes.”
Winston Churchill - 1920