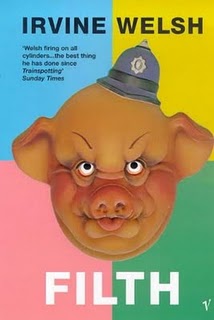 Take a deep breath, and don’t let it out until you’ve finished this sentence: the Metropolitan Police are charging Alfie Meadows with ‘violent disorder’. Now you can collect your jaw from the floor.

Alfie Meadows is the student who was beaten so badly by police that he had to undergo serious brain surgery. He was also, reportedly, denied an ambulance by police for a considerable period of time. When he finally boarded an ambulance, police attempted to prevent the ambulance from delivering him to Charing Cross hospital on the grounds that the hospital was reserved for the treatment of injured rozzers, not their victims. This happened on the afternoon of 9th December, Day X 3, the day of the parliamentary vote on tuition fees when tens of thousands protested in Westminster and across the country. It was on that evening, you may recall, that police engaged in a particularly nasty, punitive ‘kettle’ of protesters on Westminster Bridge. Alfie Meadows was beaten across the skull by a policeman with a baton, but is being charged for an offence that carries a maximum sentence of five years.

Eleven people have been charged with various offenses under the Public Order Act by the ‘Operation Malone’ unit of the Metropolitan Police. The unit in question was set up with 80 officers solely to investigate the student protests, and as such represents a massive outlay just to arrest people who are either innocent of any crime, or at most guilty of very minor ones. The inclusion of Alfie Meadows on the charge sheet is clearly politicised, bearing in mind the IPCC’s ongoing investigation into the case. One also has to take into account the recent High Court decision that the kettling of G20 protesters was illegal, which could and should result in thousands suing the police. But it’s also typical of the police’s way of handling cases where they may be vulnerable. You might recall the example of Jake Smith, who was arrested after the Gaza protests in 2009. The case collapsed when it was disclosed that the footage showed, not Jake Smith engaging in ‘violent disorder’, but rather the police engaging in a violent attack on Jake Smith.

Of course, everything that is done by the state with reference to the student protests has a wider social mission, which is to preemptively criminalise the coming social struggles and validate the police’s pre-meditated violence. Take the case of Edward Woolard, the 18 year old who dropped a fire extinguisher from the roof of Tory HQ. He was disgracefully given a sentence of 32 months. This was longer than the sentence handed out to some rapists, though no one was harmed. The judge’s homily explained that the court was “sending out a very clear message to anyone minded to behave in this way that an offence of this seriousness will not be tolerated”. Of course, sending out ‘messages’, or rather heavily moralised threats, is what the criminal justice system does by nature. And we get the message alright.

Yes, they beat someone’s skull in. Yes, this was part of a series of violent tactics deployed by police, which included assaults on young boys, and teenaged girls. Yes, if the protests had continued, and the police had continued with their tactics, they probably would have killed someone just as they killed Ian Tomlinson. We’ll be lucky if, in the next few years, they don’t kill another protester. And their very clear message is that whatever happens, just as they did with Jean Charles de Menezes and the Koyair brothers, they will always find a way to blame

the victim, exonerate or protect the guilty, and continue as before.